We’re celebrating hoverboards (and the people who love them) on the anniversary of their invention—October 21—with the Hoverboard zPrix Invitational! It’s an event that brings hoverboard-centric gameplay and lore to you over a five-day period. I won’t do you the disservice of digging too much into the lore in this format, but I’d be remiss if I didn’t at least namedrop the man of the hour: Galian “Doc” Zemmet, famed Cassian engineer, inventor of the hoverboard, and zemTech’s visionary founder.

Doc’s company zemTech created the Hoverboard zPrix Invitational event for Nexus. Its courses—or “zTracks,” as they’re known—are for hoverboard riders to explore the limits of their beloved gravity-defying planks with like-minded individuals across faction lines. You can ride the various zTrack courses as much as you want during the celebration, but you’ll really want to focus on the daily quests to complete each respective race for the celebration-exclusive loot. 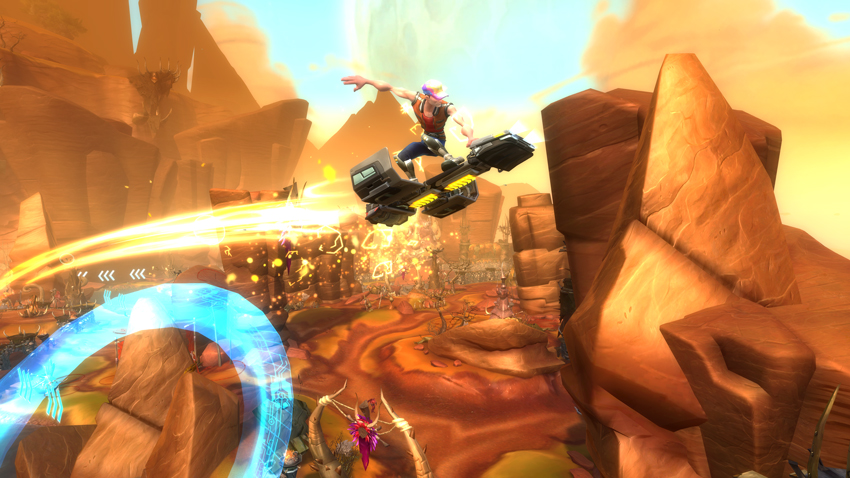 Let’s back up a bit and get everyone who is just joining us and/or unfamiliar with hoverboards up to speed. Imagine a skateboard with the wheels and trucks replaced with devices that allow it to hover a few inches off the ground—common problems like uneven sidewalks and small debris would no longer be a concern. What’s more, WildStar’s hoverboards are a unique category of mounts in the game. Unlike other mounts they can hover over water (and otherliquids), allowing you to cross, say, a pond without having to wade or swim. On the other hand, their top speed is a little slower than a typical mount. There’s a bit of a tradeoff, so I always recommend trying out lots of different types of mounts and see what you like best. For this event you’ll of course want to stay high-and-dry on a hoverboard of your choice. 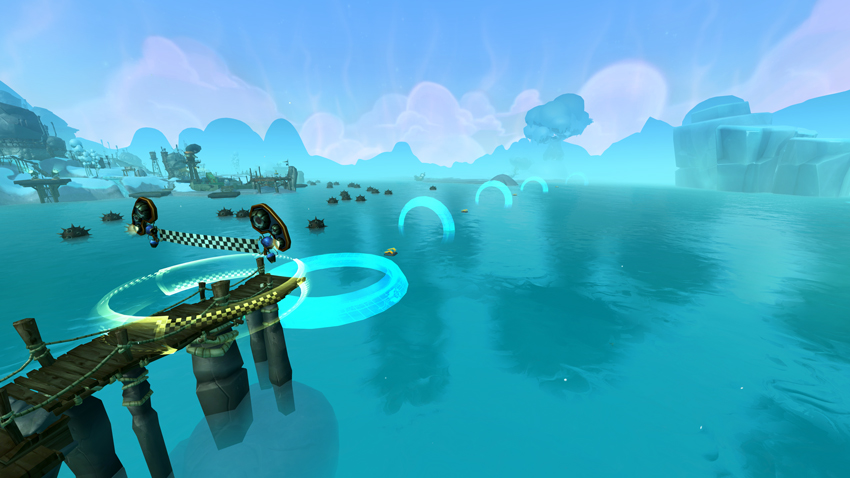 The three inaugural zTracks on Nexus are installed in three disparate zones: lush, forested Celestion, dry, rocky Deradune, and the icy slopes of snowy Whitevale. Each zTrack has a daily quest associated with it, which offers its own set of rewards—but there will be some overlap to make collecting the whole caboodle a little easier. The dailies can be obtained by interacting with the Doc Zemmet hologram simulations close to where you get contracts in your capital city, as well as the starting and finish lines for each zTrack. Before you begin a given zTrack, the associated daily quest will provide you with the ability to teleport to its starting line, helping you get to the action faster and safer.

That last part is important-Deradune is deep within Dominion territory, Celestion has been claimed by the Exiles, and Whitevale is notoriously contested. While the invitational itself knows no faction loyalty, you still have the war for Nexus to consider, and let’s not mention how other denizens and invaders of Nexus might feel about rampant gaggles of bojos, buttheads, and slackers hovering to and fro!

By the way, the holorings, jump pads, and speed boosts for each zTrack will remain installed until the end of the event, regardless of daily quest availability - just in case you want to get in some practice runs before the next day’s race. 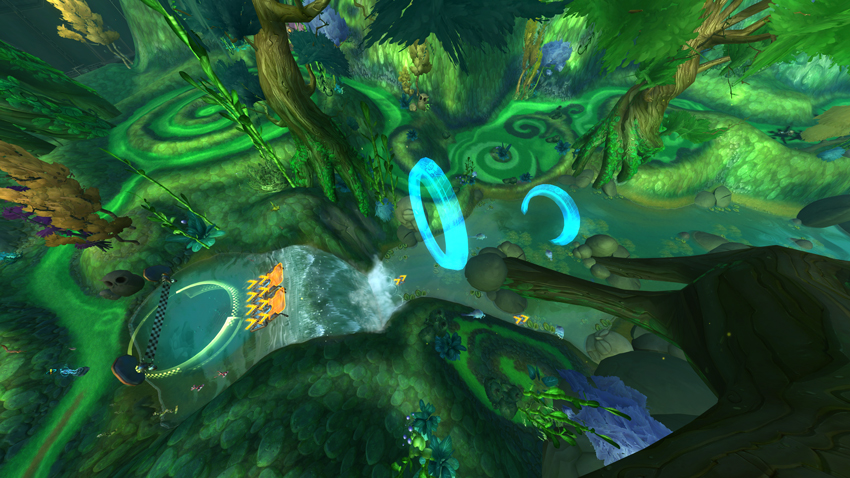 Do It with Some Style

All right, let’s talk turkey: The Hoverboard zPrix Invitational brings with it some new and most excellent zemTech products. One is exclusive to the in-game store, but the rest are daily quest rewards, so make sure you hit the zTracks early to scoop up all the loot you can. 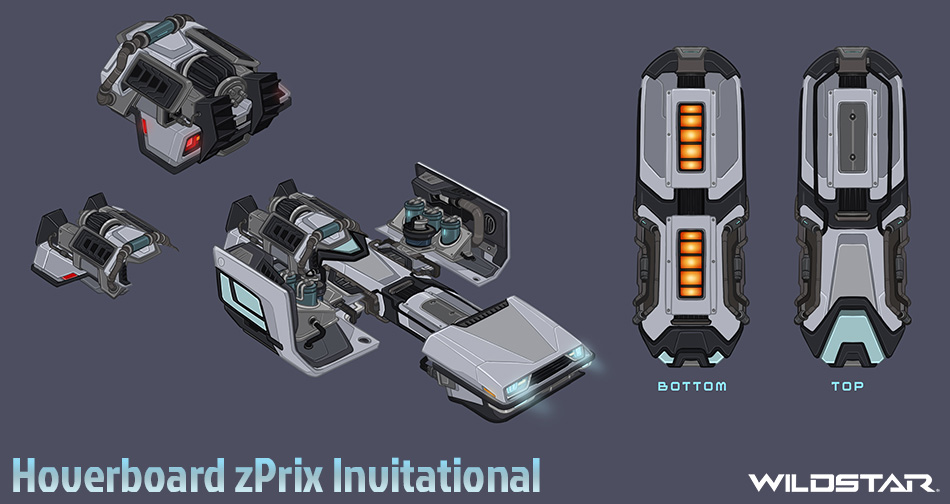 If You’re Not First, You’re Last

Now that I have your full attention, let’s talk about some zTrack mechanics: 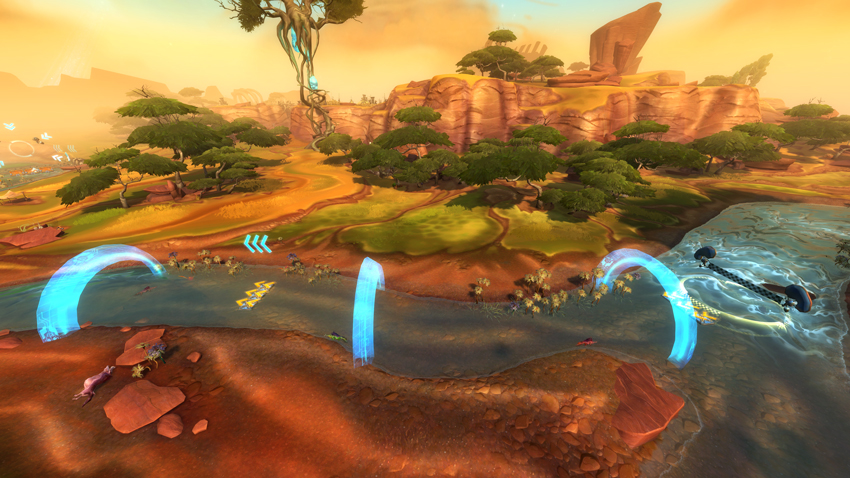 Let’s Make It a Good One

The idea to make the Hoverboard zPrix Invitational happened as two totally separate ideas merged into one, but the resulting idea was so compelling that we couldn’t help but put in some extra hours to get it done.

Justin Bartlett (CRB_Sonny) was mulling over how to integrate hoverboards further into the game’s universe—from an immersion standpoint—and I was prototyping racing game-inspired tracks for hoverboards. We were both chewing on how to get more varied live events into the game, from holiday celebrations to widespread factions-wars, and lo and behold our separate projects complemented each other incredibly well! Other game designers and artists got pulled in by the gravity of the thing, and the idea turned into the event content, items, quests, UI, and everything else.

Was it coincidence? Were we guided by the unseen hand of October 21, 2015? Or, was it just plain density destiny?

As the zTracks neared completion, we held a studio-wide contest (for feedback-gathering purposes, of course). Over those two weeks, Carbine devs sent the Live Event Team (who were ineligible to win because we made the thing) screenshots and videos of their races, competing for the fastest zTrack daily quest completion times and some real-life prizes. It got fairly ridiculous, and at times a little heated, but everyone had a blast. 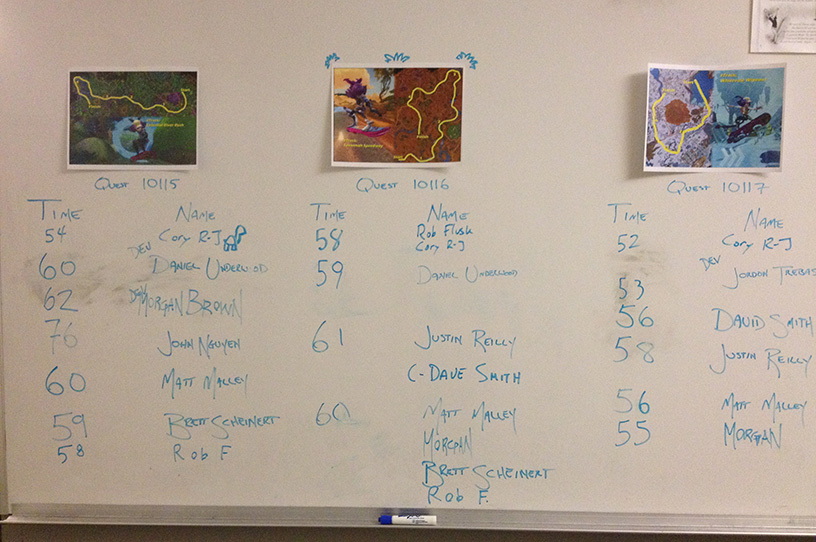 For the record, the winners and times on our internal servers were:

Later, when QA could get their hands on it, they showed us how it’s done:

Now, we give it to you, because we made it for you, and we hope you like it!
The Future is What You Make It

While October 21, 2015 just feels right as a date to start the event, we’re not sure yet if it’ll come back again next year. If you do enjoy it and want more, or have ideas for what we could add in the future, let us know!

So have fun, and let us know what you think. The future has yet to be written.